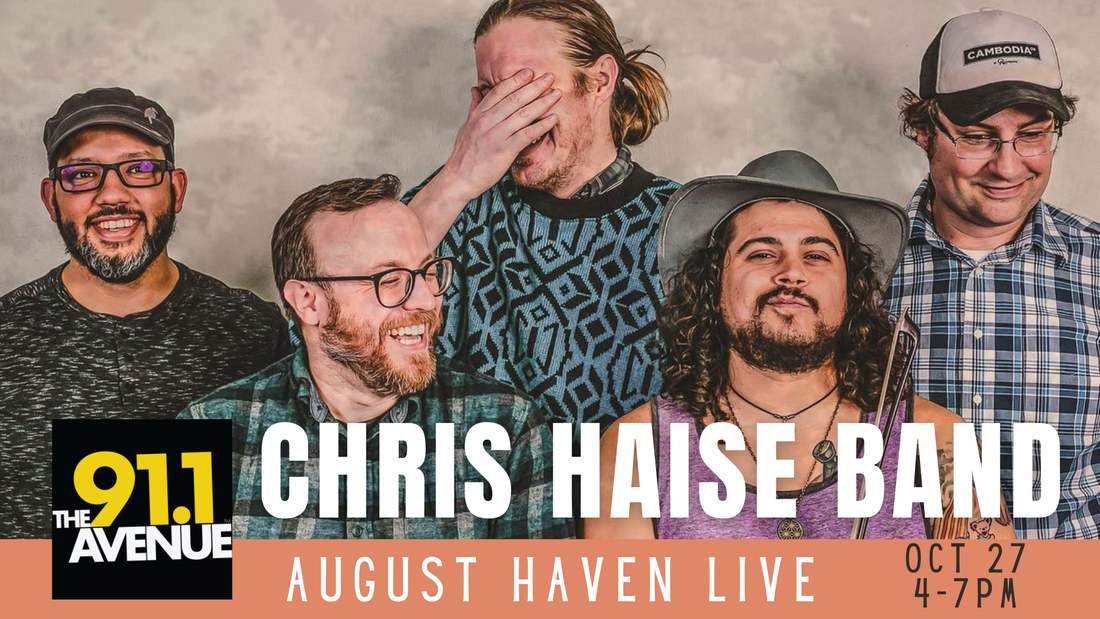 Our next August Haven Live is set for October 27. Steve March-Tormé will host his afternoon show from August Haven’s Appleton location with special guests, the Chris Haise Band.

Our featured nonprofit mission partner this month is the newly formed PHOTO OPP in Appleton. Photo Opp's mission is to inspire life-long learning through the lens of a camera through hands-on workshops and community classes. They aim to encourage everyone to consider what is possible when we think outside the box and explore creativity without limitations. Learn more about Photo Opp at thephotoopp.org


We are back in person, at August Haven in Appleton (3810 W Wisconsin Ave, Grand Chute) for these monthly broadcasts! Join us at August Haven 4-7pm. Of course, you can also tune in, stream online here, with the 91.1 The Avenue app or with your smart speaker.

THANKS TO THE FOLLOWING AVENUE SPONSORS:
© 2022 Music That Matters, INC. All Rights Reserved.